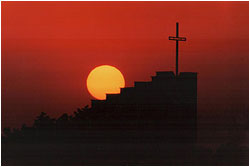 The main characteristic feature of Kolonowskie commune is, when compared with other communes of Opole voivodship, the greatest amount of woods that cover approximately 70 % of its total area. Arable land on poor podzol soils covers mere 21, 4 % of the area. Such a structure of land use ensures possibilities of rest and recreation in the open and foreordains Kolonowskie commune for development of eco- and agro-tourism.

Kolonowskie commune is a perfect place to organize agro-tourism and weekend tourism, including opportunities for anglers, mushroom pickers, walking and cycling lovers to use tourist, sightseeing and natural paths where one can find very rich and usually protected fauna and flora. 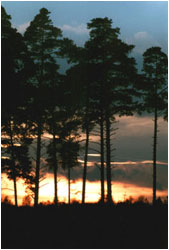 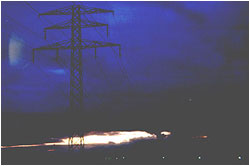 Local rivers (Mała Panew, Bziniczka, Myślina and Kanał Hutniczy) swarm with different kinds of fish: carp, tench, bream, crucian carp, pike, perch, trout, roach, and other. Even crawfish can be found there. Additional attractions of the rivers are their natural, picturesque banks that form fascinating meanders and gorges. Woods swarming with game attract hunters who are gathered in three hunting clubs. An interesting course of Mała Panew in Kolonowskie commune has made the river known as the Opole Amazon and it attracts not only nature lovers but also canoeing amateurs. 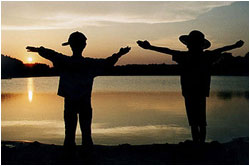 In the commune area two natural didactic paths have been marked out. One of them is 12 km long and joins Kolonowskie with Zawadzkie. It comprises an old "Błażkowa" lane where one can find, apart from old and massive oaks, different protected species numerously occurring there. The other didactic path is Staniszcze Małe – Krasiejów way with rich flora and fauna. It is approximately 6 km long and goes through farmlands and woodlands. There are many waterlogged meadows, springs and wood ponds (the so-called ‘szczyrkowiska’). The road represents a union of two main natural formations – water and woods.

Kolonowskie commune has a rich network of business and service establishments providing services to the inhabitants and tourists. There is also a possibility of providing tourists with accommodation at private lodgings and with collective catering at "Markus" restaurant in w Kolonowskie.