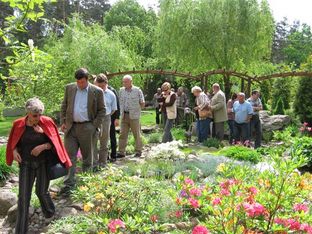 Kolonowskie commune, situated in the protected area “Forests Stobrawsko-Turawskie”, has the largest from among the municipalities forests share that cover more than 70% of its total area.

A large tourist potential make Mała Panew river and its tributaries. Flowing almost wholly in its natural riverbed and creating numerous meanders and old river beds, gives opportunity to organize canoeing. Very picturesque route across the course of the river divided into stages of various difficulty and different lengths, is unquestionable attraction for canoeists both beginners and advanced.

Great development opportunities for tourism gives the discovery of the reptiles and amphibians remains from over 230 million years before – including several species of dinosaurs – at the border of village Krasiejów (Ozimek commune) and Staniszcze Małe (Kolonowskie). This is the greatest such discovery in Europe and attracts more and more attention of scientists and media, hence – creates foundations for the development of tourist industry. In Kolonowskie and other localities of the commune were selected areas for development of tourism, including – 3,5 hectares of land located in the direct vicinity of arising DINOPARK in Krasiejów.

A well-developed system of cycling tracks, local and long distance, is another advantage of the commune, like many nature and landscape complexes (“Pod Dębami” – Under the Oaks, “Kocia Góra” – Cat’s Mountain) and monuments of nature (avenue of Pedunculate Oaks and Northern Red Oaks).

The impact on the increase in tourist attractiveness of the commune has also relatively fast developing accommodation and catering facilities.